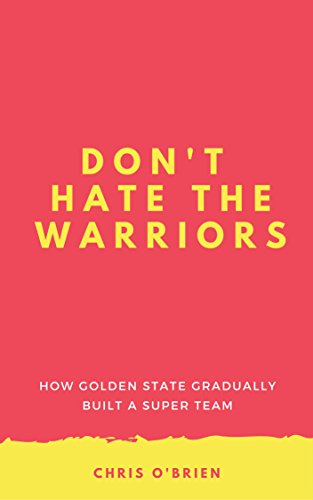 The Golden State Warriors are the NBA's Super Team.

They have four of the best 15 players in the NBA; all in their primes. They've won two of the last three titles, and the year they didn't win they set an NBA record with 73 wins. They almost went 16-0 through the 2017 Playoffs.

The scary part is, they might just be getting started.

Because of the success, the talent, and how easy the game looks out there it's easy to forget how hard Golden State worked over the last 7+ years to build this team. "Super Team" chronicles the journey, the ups and downs, the smart moves but also the ones that didn't happen (like Klay for Kevin Love, signing Dwight Howard, or DeAndre Jordan).

Basketball's Rome wasn't built in a day and the process wasn't always golden. This is the story of how it all happened.