So the Echo por Brandon Boyd 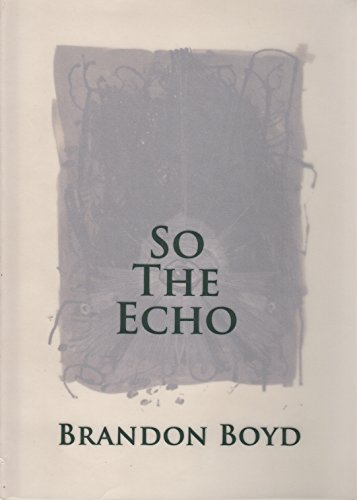 Brandon Boyd con So the Echo

So The Echo (Endophasia Publications, Hardcover, $49.99 ), Brandon Boyd’s third book visually weaves recent years of his creative life as he spent much time honing his craft, displaying his work and using his visual art as a tool for activism. Beautifully designed in 156 pages, the book reveals many new sketches with watercolor and other experimental techniques, as well as very personal photos and journal entries, most often written as observations while travelling the world with his band mates in Incubus. Upon the book’s release Brandon hosted book signings and artist talks in several cities both nationally and internationally.