Sundial in the Shade: The Story of Barry Richards: the Genius Lost to Test Cricket (English Edition) por Andrew Murtagh 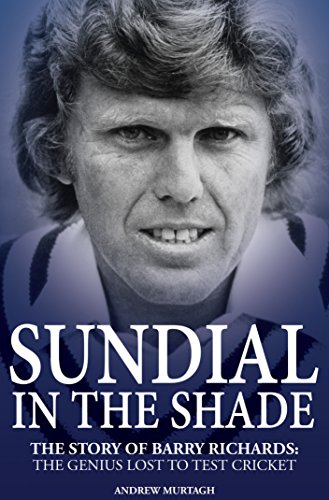 Andrew Murtagh con Sundial in the Shade: The Story of Barry Richards: the Genius Lost to Test Cricket (English Edition)

As a former county player, Andrew Murtagh is often asked, 'who is the best batsman he has ever played with or against?' His answer is always unequivocal - 'Richards.' And then comes the inevitable rider - 'Barry, that is, not Viv.' It is a travesty that the cricket world has largely forgotten Barry Richards - a cricketing genius. Debuting for South Africa in 1970, his run-scoring, technique and audacious, extravagant strokeplay took the breath away. A glittering international career beckoned. However, the apartheid storm burst, and Richards had played his first and last Test series. Consigned to plying his trade for Hampshire, Natal and South Australia, Richards became increasingly frustrated and disenchanted with the game he had loved. Following retirement, personal tragedy and professional controversy continued to stalk him, though he has now come to an uneasy acceptance that he will be forever known as the genius lost to Test cricket.