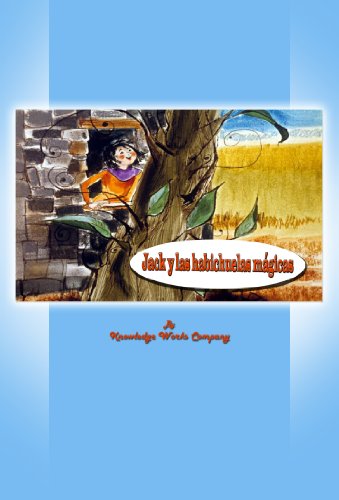 Jack and The Beanstalk is a charming children's fairy tale about a poor little boy and his mother who are given a gift of magical beans. After planting his magic beans, Jack finds himself climbing into a world of mystery filled with mystical characters and adventure.

A little history...Jack and the Beanstalk is an English Fairy Tale, the origin of which is unknown. The setting for “Jack the Giant Killer” is often in the era of the legendary King Arthur, possibly dating back to the Vikings and the Norseman. Known under a number of versions, Benjamin Tabert printed its earliest edition in 1807. The giant’s “Fee! Fi! Foe! Fum!” was included in Shakespeare’s King Lear. The moral to this tale is: “Don’t accept gifts from total strangers; you never know where this will leave you.”

Jack and the Beanstalk is a classic that we all grew up with as children. Knowledge Works Company strives to keep the classics alive by bringing them to life in different languages and in all different digital platforms so they can be read or listened to on all devices.