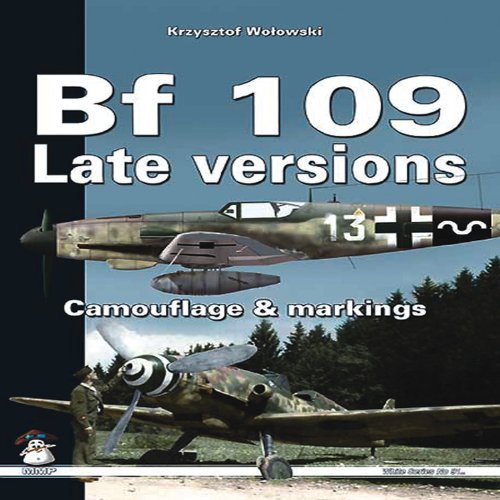 Describes and illustrates the late versions of the German Messerschmitt Bf109 fighter planes (the ones with the long tails) during World War II. The book covers the late Bf109 G and K versions and the camouflage and markings of these aircraft are described and illustrated in great detail. The work is fully illustrated with many rare wartime photographs, scale plans of this version of the aircraft's specifications and full colour profiles of many representative aircraft.