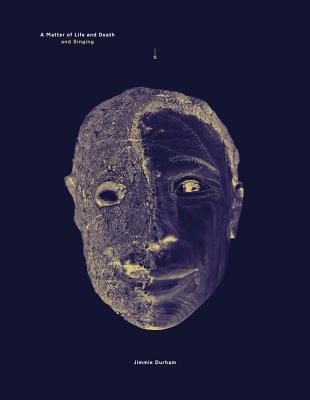 Born in Arkansas in 1940 and based in Europe since 1994, the Cherokee Jimmie Durham has spent his life alternating between the world of contemporary art and his work as an activist for the American Native Indian movement and United Nations representative of the International Indian Treaty Council. The politics of Durham's art also take place on the broadest terms: "My work might be considered 'interventionist' because it works against the two foundations of the European tradition: Belief and Architecture," he writes. "My work is against the connection of art to architecture, to the 'statue, ' to monumentality." Durham's art freely blends writing and performance, sculpture and permanence and the personal and political into series of often anthropomorphic collage-like installations. With his notion of the artist as someone who rearranges the objects of society, Durham has developed a practice of "interruption" and estrangement as a tool against belief systems and the corrosive influence of colonialist culture, mixing plastic tubing with bone, printed words with video, and witty anecdote with devastating critique. "A Matter of Life and Death and Singing" is generously illustrated and researched and accompanies a comprehensive retrospective at the MuHKA, Antwerp, covering his full career, with newly commissioned essays and Durham's own writings.