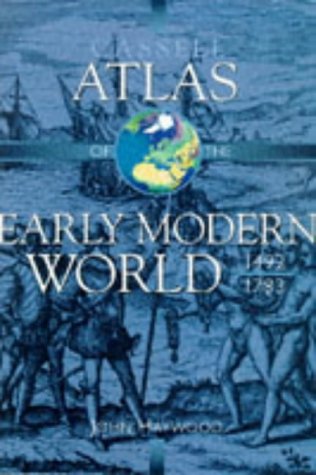 Reseña del editor Based on ""The Cassell Atlas of World History"", this volume examines the history of the world between the years 1492 and 1783. Containing 54 pages of colour maps and 32 pages of encyclopaedic entries, the atlas provides a guide to the people, places and events which shaped the early modern world. Each entry in the encyclopaedic section has been cross-referenced to the relevant maps, and there is a full-colour atlas section with annotations, timelines and summary text. The atlas also shows political and social developments, wars, military campaigns, and religious and social change. Biografía del autor Dougal Dixon is a writer on scientific topics with a long-term interest in evolution. His After Man: A Zoology of the Future was nominated for a Hugo award; Professor Richard Moody is Professor of Geology at the University of Guildford; Dr Ian Jenkins is an expert on vertebrate palaeontology at the University of Bristol; Dr Zhuravlev is from the Institute of Paleontology in Moscow.